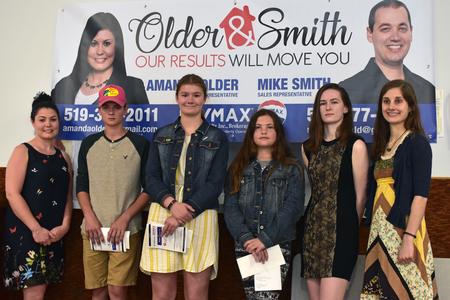 Message from the Committee:
This year's festival was held on Sunday, June 26, from 1:30 -3pm, in the Barn at the Bluewater District School Board's Outdoor Education Centre, near Oliphant. As in the past 2 years, this year's festival opened with the traditional playing of The Campbells Are Coming on the bagpipes, by Harvey Brush of Oliphant, and the reading of Campbell's iconic poem "Indian Summer" by Peninsula Shores District School grade 9 student, Lauren Hopkins.  Harriet MacOnaghie, Festival Committee member and PSDS English and Drama Teacher was the emcee of this year's festival.

Paul Kastner, festival founding director, welcomed everyone to the festival, and commented on the excellent quality of the poems entered into the festival this year. Cliff Bilyea of Oliphant explained the display of children's artwork based on "Indian Summer", provided by the PSDS grade 1 class of Melissa Stewart. Two young poets who had entered the youth poetry contest then read their poems.  Kara Gibson, a grade 4 student at Keppel Sarawak School read "The Last Day Till Summer", and Emma Schuster, a grade 9 student at Saugeen District Secondary School read "Space Cadets".

Following that, Larry Jenson, Owen Sound Poet Laureate and Musician, then performed original music that he wrote to accompany Campbell's poem "Dan'l and Mat".  Finally, the audience of about 60 heard readings of the 10 finalists of the poetry contest (see list of finalists further down this page),  which was followed by the announcement of the 3 winners, who were then presented with their $500 cash prizes by South Bruce Peninsula Town Councilor, Matt Jackson.  Paul Kastner then thanked everyone, and made some closing remarks.

The prize money for the poetry contest, as well as the money to cover the other costs, is made possible by the generous donations of our committee members, supporters and especially our patrons: Elsie and Jorn Christianson and Ruth and Murray Cathcart.  THANK YOU!!!! 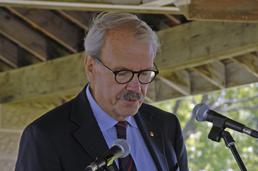 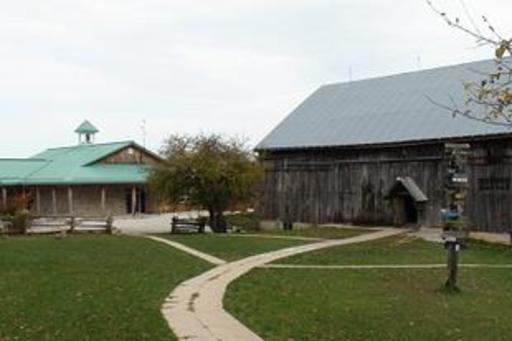 Rayden McCoag - 'The Loss of the Jane Miller'

Dieter Heinrich - 'Elephant in the Room'

​​
Message from the Committee:
The fourth annual festival was held on Sunday, June 25th, 2017, at the Tom Thomson Art Gallery in Owen Sound, Ontario, from 1-3:30 p.m.  The afternoon began with the traditional playing of "The Campbell's Are Coming" on bagpipes, by Piper Harvey Brush of Oliphant, and the reading of Campbell's poem, Indian Summer, by Wiarton poet, Carol Chitovas.  The rest of the afternoon featured songs and poems by Owen Sound Poets Laureate Rob Rolfe and Larry Jensen, with a nod to Bob Dylan in honour of his recent winning of the Nobel Prize for Literature, as well as readings of poems by the 10 finalists of the WWC poetry contest.  There was also a display of drawings based on Indian Summer,  by a grade 2 class from Peninsula Shores District School in Wiarton.  Cliff Bilyea, who had arranged for the artwork, spoke about it as part of the program. The final part of the festival was the awarding of the 3 $500 prizes to the 3 winning poets of the WWC poetry contest:  Caleb Hull, Dieter Heinrich and Shane Fera. Approximately 40 people were in attendance and all seemed to enjoy the afternoon.

The festival was held at the Thomson Gallery this year because Tom Thomson (of Group of Seven Fame) and William Wilfred Campbell had a connection: at least 2 of Thomson's famous paintings were apparently inspired by some of Campbell's poems.  Next year's festival will return to Wiarton.

THANKS to all who attended and supported this event!

The festival began at 9:30 am at the Wiarton branch library meeting room with a Poetry AdventureWorkshop, conducted by Dawna Proudman of Barrie, Ontario.  Dawna is a published author with 20 years experience as a workshop facilitator, and is co-founder of the highly successful Words Aloud Festival  in Durham, Ontario. Also at the library was a special poetry program for young readers, presented by branch librarian Kristina Porr.

The second part of the program kicked off at noon with a short welcome  to all by Paul Kastner, festival founder and director, and the traditional opening: the playing of The Campbells Are Coming on the bagpipes by local piper, Harvey Brush, followed by the reading of Campbell's poem Indian Summer.  This was followed by a short speech by the mayor of the Town of South Bruce Peninsula, Janice Jackson, after which a everyone enjoyed a light lunch, catered by Wiarton Foodland.

After the lunch, one of the festival's patrons, Ruth Cathcart, introduced the keynote speaker, Dr. David Bentley, English professor at the University of Western Ontario who then gave a fascinating talk about Campbell's poetry. Dr. Bentley was thanked by Victor Last, a member of the festival committee, who then presented Dr. Bentley with a Joi light, made locally by Caframo of Wiarton.  Following Dr. Bentley's presentation were several poetry readings by guest readers such as Kateri Akiwenzie-Damm, Poet Laureate; Dawna Proudman, who had conducted the poetry workshop in the morning;  Linda Thorn, the Mar poet who rhymed the famous story Beautiful Joe; as well as a poem put to music by Rob Rolfe and Larry Jenson.  The final part of the festival was the announcement of the 3 winners of the poetry contest, and the readings of the 3 winning poems.

Thank you to all 54 entrants who entered a total of 91 poems. 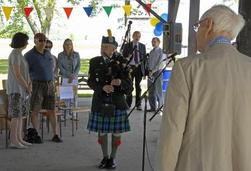 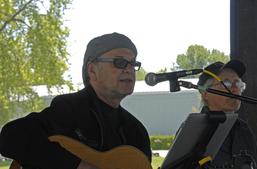 Taylor Legge - 'The Smell of Rain'

Landon Morley - 'Looking in The Mirror'

Bronwyn Stanton - 'Beauty of All'